According to a survey 80 percent of people want to model/create to visualize their imagination using their computers, however the difficult UI of such tools prevents them from doing so. Even to model something the user has to go through the obtrusive set of icons/toolbars/features which are rarely used.

We propose a computer modeling interface to bring it to the common layman who wish to rapidly visualize their imagination in 3D. This work is motivated to employ natural expression with the fewest restrictions to free CAD users from the tedious command buttons and menu items. We have explored both the hardware and software aspects of the interface, specifically, the use of intuitive speech commands and multitouch gestures on an inclined interactive surface.

Dec 2010: Our research paper on Mozart selected for publication at ACM IndiaHCI 2011[/stextbox] 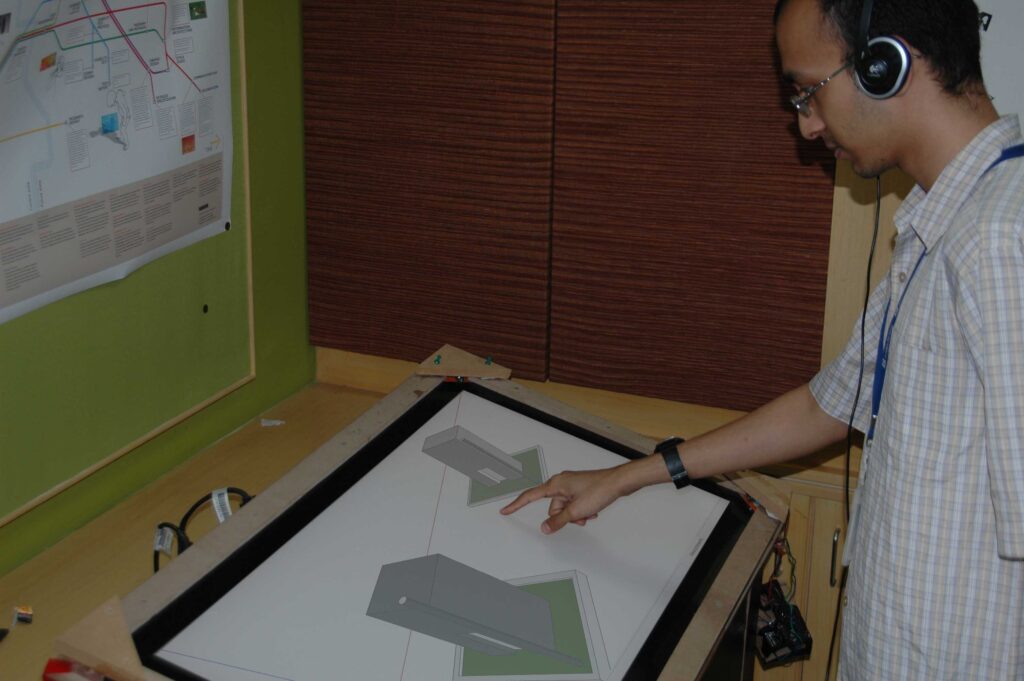